Screen Overlay Detected: Screen overlay detected is one of the errors that might be caused due to certain annoying apps installed on Android devices. In order to fix this particular issue, just simply turn off the screen overlay permissions without making second thought.

Mobile Brands like Samsung, MI, Lenovo, Oneplus and others were facing this particular issue and they failed to solve it. In that case, access the perfect solutions provided right here. But before getting into details, it is important to learn what exactly screen overlay is.

Screen overlay, the most annoying error encountered on multiple Android devices. Before installing certain apps, one has to grant permissions like contacts, storage and much more. If in case, the screen overlay is active for any app you have installed on the mobile, will face the screen overlay detected the troubleshooting error.

How to Fix Screen Overlay Detected Error on Android

Following are the perfect solutions that greatly helps to fix Screen Overlay Detected Error on Android in a more successful way. 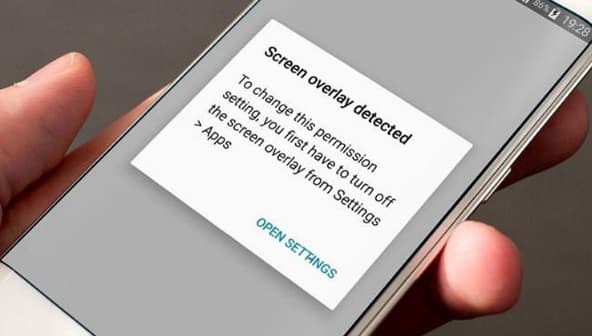 Try out any one among these and see the magic in fixing it.

Turn Off the Screen Overlay Detected on Android Devices

Once you found the app that causes a screen overlay detected troubleshooting error, follow the below instructions to fix right now. 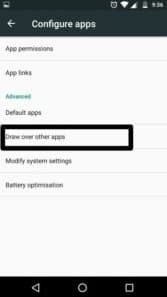 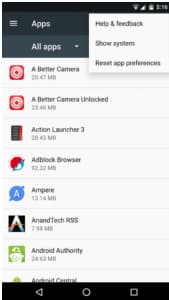 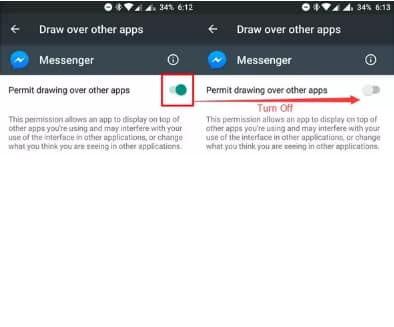 Uninstall the Apps that Cause Screen Overlay Detected Error

Screen Overlay detected for various apps due to some unused or poor quality cleaner apps. If in case you are at the position facing such kind of error due to either WhatsApp or Facebook, immediately force sop the apps or uninstall all the unused apps on your smartphone. Doing so greatly helps in solving the issue and freeing up space very well. For having a better idea, we have come with the lists of apps provided below that cause android screen overlay detected the error. 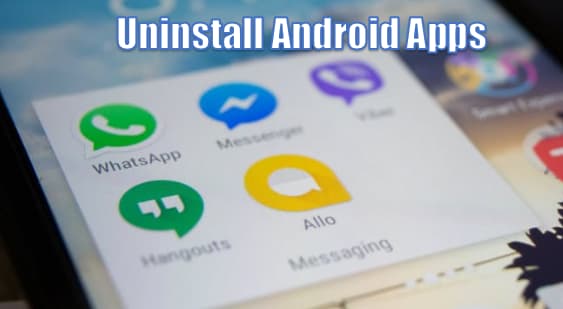 These are some apps that held responsible for the cause of getting such kind of error. Just simply uninstall and reinstall the apps into your mobile or do force stop or uninstall all the unused apps and start afresh by rebooting all your smartphone.

Once the issue gets solved, if you like to have a screen overlay for some apps like Facebook, toggle it into switch ON by enabling the permission to access at the settings available on the mobile.

Well, as discussed in order to get rid of the troubleshooting issue, it is necessessary to perform a reboot on Android to start afresh. Before continuing the rebooting process on the respective Android mobile, identifying which app held responsible for the cause of such error is very much important. So, therefore, follow the below instructions for further access. 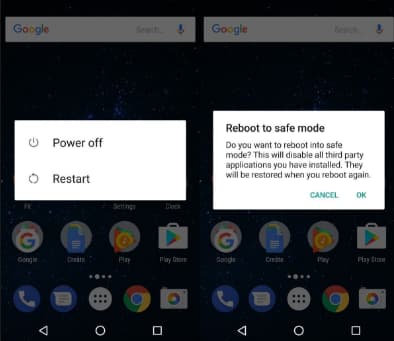 Once after successful reboot, turn on the permissions of all the apps that mainly causing screen overlay detected the error. In order to do so, here are the instructions.

Steps to Access Draw Over Other Apps Menu Manually

Whenever you fail to open the certain pop-ups, has an option to try for manual access. Just simply follow the below instructions can access draw over other apps menu option without any fail. 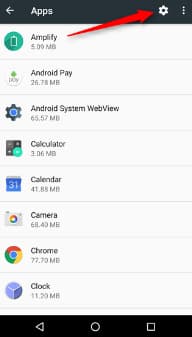 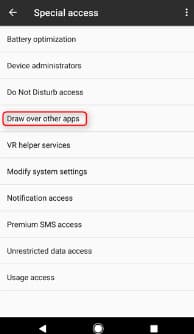 As a result, these are the perfect solutions to Fix Screen Overlay Detected troubleshooting error. If you have any doubts or like to know more about it, can mention in the followed comment box. So that we help and guide you accordingly. If you like the article, share with friends and also through any of the social networking sites without any fail. Thank you. Keep connected with trickism for learning more interesting tricks updated every day.