Best rooted apps: In previous days, smartphones are not rooted and one cannot control the device. But today, it is totally different. This is because Android has been come up with most advanced features, customized options and so on. The current tutorial helps to learn the best root apps that can install and access the Android rooted devices. Once after the completion of rooting, the rooted device will be very much useful. So that one can perform many tasks. The tasks that need the root permissions will be impossible to run on unrooted Android.

This provides a greater advantage as can have a control on overclocking of the phone CPU and GPU. The user can also remove the bloatware, internal system and also the system files simultaneously increase the internal memory. Once after the successful installation of the Android device, most of the users started working out in finding the well-rooted apps to gain and have more advantageous than competitors.

The users started surfing for the different types of rooted android apps that help in increasing or improving the root access. So in this article, we provided the best apps for rooted phones so that one can have a look, install for free and access it without any failure.

The following are the best rooted apps available for Android devices. It provides advanced features as well as the best quality without any failure. Once after rooting the Android mobiles, this provides huge benefits in the form of downloading best android rooted apps and will be free to access at any time and anywhere. One can make a trial on custom ROM’s, removing stock Apps, increase the internal storage space, increase the battery life, one can flash any type of the mods, hack games or try to manipulate much more.

Also, it gives the administrative rights over the Android platform. By doing so, one can install any app that cannot run normally on the Android device. The top root apps have been mentioned below. One can have a look and download the best apps for rooted android from the below mentioned links.

Lucky Patcher is one of the best apps for rooted android available for all the users. The App is designed in such a way, where it provides control over the complete permissions for the apps you install in you are a device. One can delete the multiple adds, change and update the permissions, can create the backups and so on. One has to root the device for sure to enjoy such kind of advanced features without any failure. 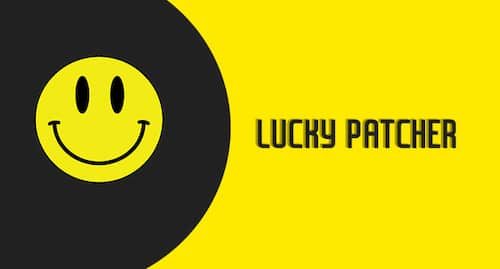 Once you open the Lucky patcher, you can view the various list including the other different apps installed in the device. The user has to tap one among the available multiple options without any failure likewise analyzing the app information, uninstall it, one can delete the advanced data, also can access to the other special tools involved in it. This has the special option of controlling all the apps installed in you are an Android device. For providing such control, rooting the device is necessary and has to access all the advanced features.

Greenify is one among the best rooted apps and it is one of the most interesting tools that has an option of optimizing the battery life as long lasting. This is considered as a temporarily hibernating process happening in the background and consumes all the resources by knowing it. 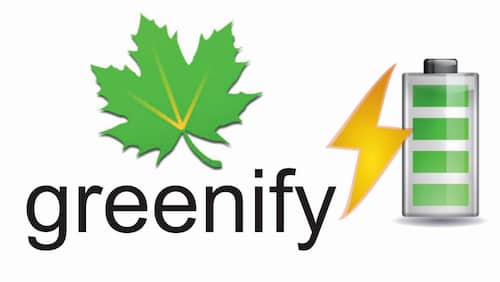 Once you open the app, click on the Hibernate button so that can create the applications that you prefer while initiating the process. The next step is to click on the icon which is present at the right part of you are screen and select the desired or suitable apps. The Greenify helps to group all the apps considering the most hazardous while opening in the background. Once it completes the process, click on Accept.

The Xposed Framework is again the most famous android root apps which have been come out from the App development. The framework and all its features are capable of providing the various modules by adding all the advanced features to it. This works for the low-level device and available for different versions supported by Android. The custom option helps and allows to bring the device to the new level.

One can perform certain changes or updations as per the user choice with the help of few clicks. This can be used for the customization process for the device without installing the ROM. This provides several buttons likewise, remapping, theming, UI customization and so on. One has to make sure that the modules are perfectly compatible with the Android device.

The Viper4Android is one of the most trendings and best apps for rooted android helps in enhancing the audio experience but the user interface is bit outdated. This is not possible for normal Android devices. It is considered as a sound equalizer. Helps to control the level of audio available in greater extent. It is famous for audio enhancement. 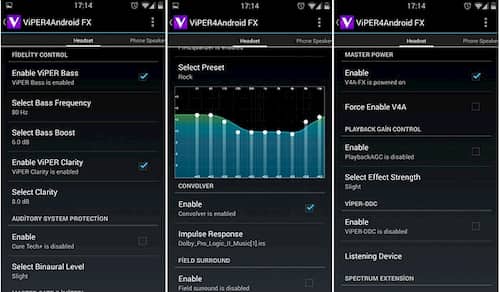 This consist of the audio driver by itself and can change the music as per you are requirements. Also, this consist of huge and best sound effects where a user can listen without any disturbance. One can also explore the new sounds horizons of audio hearing.

Titanium Backup is one among the best android rooted apps available on the market. This has been come up with the good reason as used especially for backup and is considered as one of the most important app data, including system data, also includes the WiFi passwords on the device. This is one of the most stable operating systems that can run into the system successfully. 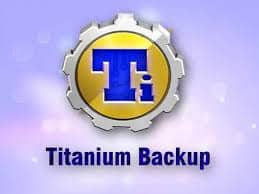 If the user is planning on removing apps with the help of current versions of Android, can backup whenever it is essential. Grant the permissions and prompt the superuser once you run on the device. Also, can select and provide the permission which again never ask to prompt. The main important point to be noted as do not attempt any of the restore system apps or data, as because it causes in crashing the entire device. System data is not compatible with the Titanium backup app.

Tasker is again the best rooted apps which is very much flexible for the mobile operating system. And act as our personal guide and fulfilling some of the dreams true. It is the most powerful OEM providing the task control as well as the automation app likely Tasker as it always tries to multiplies the power encountered every time. Maximum, a lot of users try to describe the Tasker as the best control and automation app. 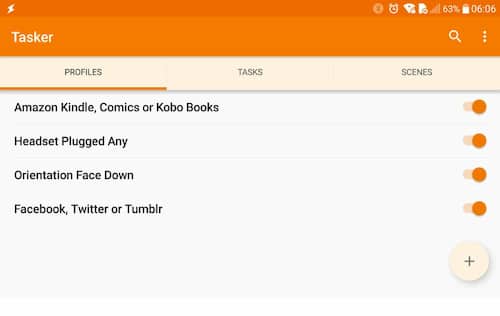 This possesses a user-friendly interface and also including its fundamental lever that helps to create mini Android Apps. the user has to aware of the basics or fundamentals of the app so that one can experience the advanced features involved in it. It specifies as per the rules mentioned.

The Nandroid Manager App is one among the top rooted apps for rooting the android phone and most familiar app available for the users. One can install at any time and solve the issues easily. The app requires more creativity to provide and run multiple things easily and accurately. 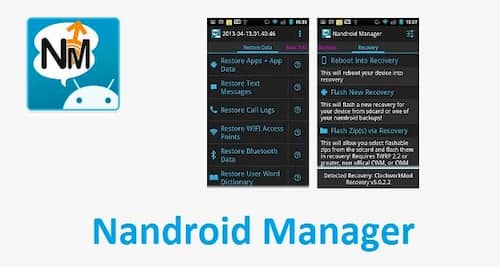 The founder of XDA Forum Member has been released the application called Nandroid Manager that include the features such as it supports TWRP, one can delete and rename the files, verify the backups, compressing backup files to Zip folder, and so on. The app consists of huge sensitive data supported by any system and also has a certain backup partition present in the data.

Quick Boot is one of the most simpler rooted apps or best rooting process available for Android device. one can say must have root apps on their smartphones. With the help of this app, one can root the device either in normal mode or in the form of recovery mode. Most of the widgets are created and placed on the Android devices home screen where one can easily opt to reboot the entire process. This requires root access so that one can easily make a trial for Quick boot. 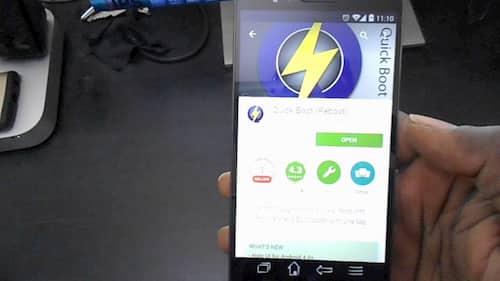 It provides an easy option to restart including the power key or with settings panel. At the time of rebooting in the recovery mode, has to simply need to tap an option. One can download the free rebooting app from the below link provided here without any troubleshoot problems.

The dumpster is again one of the best leading rooted android apps and familiar Android recycle bin, where users sometimes delete the device files and images accidentally. Once the user finishes downloading the app, can restore or undo the deleted files in the most successful way. At the time when user think as he deleted the confidential files, with the help of Dumpster, can undo or restore later without any failure. 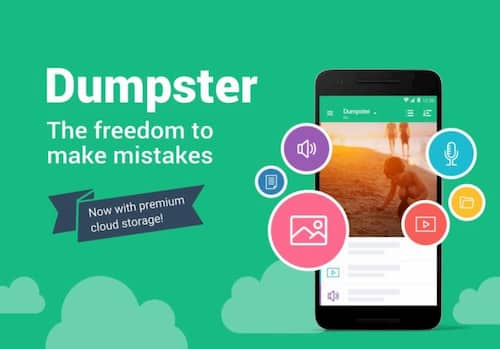 Recovery is one of the simple and easy methods where can enter into recycle bin, click on the files or images, click on undelete so that it automatically appears on the respective device. The dumpster generally stores all the deleted pictures, videos, images, and all the confidential files, so on. This mainly offers the user the best premium cloud-based version involving with greater storage space. It provides the most reliable backup for every minimal, and also lock screen capabilities, so on.

GL tools are one of the best rooted apps apk and custom GLES driver which is very much compatible to known open GLES 2.0 and the ARM x86 processor. It has greater change resolution and rendering bites if the app does not support by default. This again has the complete control over the various textures and can decompress them and resize.

The most important point is one has to make a note that the feature will be available only when you install the plugin. Also, optimizes the shaders on-the-fly for the optimal performance and can enable in any app by improving the quality of graphics. This again has another option of measuring the gained performance with the best on-screen FPS counter and GL tools will be 100{aa5fcef17b4d12f9b0994a17f5224bb913ec47320fdac831a413b268681dd9f8} safe if you have installed the custom recovery software.

Finally, The present article provides the best rooted apps available for free. One can access and enjoy the performance of the rooted android device to a greater extent with these apps. If you like this article, please share on the social networking sites with your friends and families. For any doubts, comment on the below section. Stay Tuned to Trickism for more awesome Articles.