It is a common problem that people do not have enough space in their closet for their new clothes. It is also hard for them to let go of their old clothes as they have sentimental value. Plus, having a variety of clothes helps them dress properly for different occasions.

One easy way to solve the issue of closet space is to fold clothes properly and smartly. You will be amazed how these folding techniques can help you maximize your closet and have more room for your newly bought items. Check these easy steps to fold clothes and save space in your closet below.

T-shirts and tees take up the most closet space. It is common to pile the shirts on top of the other and eventually rummage through the stack. Aside from a disorganized stack of shirts, this method will also consume an unnecessary amount of closet space because there will be unused space beside the stack of shirts.

You must fold the sleeve again toward the bottom hem for the long-sleeve shirt. Then, repeat on the other side of the tee or shirt. Next, you need to fold the shirt’s collar back to the bottom hem to make it look like a rectangle. Lastly, fold the garment in half again to make it possible to store it upright in a drawer.

First, set up a folding workspace to lay the shirt facedown on a completely flat surface to spread the sleeves out to the sides. Then, fold one sleeve to the center and fold it back opposite. Keep doing this until no part of it is hanging out past the edges of the shirt.

Now, fold the other sleeve by following the steps of folding the previous sleeves. It is important to maintain a crisp collar, so make sure not to squish the collar as you fold the dress shirts. Lastly, fold the shirt into a more compact rectangle by folding the collar back to the hem of the dress shirt. This way, you will have a nicely folded professional shirt ready to go whenever you need it.

There is another way to fold dress shirts to avoid winkling the collar and the sleeves. First, button all the buttons from top to bottom before folding. Start by spreading the desert button-side down on a flat surface.

You now have to grab the shirt’s bottom hem, fold the bottom third of the shirt up, and continue to fold once again to reach the top of the shoulder. Lastly, check if the collar is wrinkled, then you have to repeat the process to ensure that the collar is still crisp.

Another tricky kind of clothes that need to be folded carefully are silky dress shirts. Even though they have the same length and structure as the typical dress shirts, it has a thinner and more delicate fabric. Thus, it must be handled with many precautions to avoid wrinkles in the collar and sleeves.

Lay the shirt out and make sure the buttons are facing up this time. Then, fold one side of the shirt to the center while pulling the sleeve across over the tips of the color. Continue to fold the sleeve back to the center and opposite direction until no part hangs out on the shirt.

Do the same process on the other side of the shirt. It is necessary to handle shirts with care and lightness when folding the sleeves to avoid wrinkles. After folding the collar toward the bottom hem to make a rectangle, you must carefully roll the shirt from one end to the other to form a compact cylinder.

It is ideal to hang pants or jeans in the closet as they can easily be stored vertically. However, it might not be a common practice, but it is possible to fold jeans to store them horizontally. It will maximize the space in the closet as you can stack them up.

When folding pants, do not overly press on them as there might be creases on the parts that there should not have a crease. Start by laying out the pants on a flat surface where the front is facing up. Then, fold the pants in half by placing one leg on top of the other.

This time, the back pockets should be facing out after folding the pants in half. Proceed to fold the pants half lengthwise by bringing the hem to just below the waist to form a rectangle. Lastly, fold the pants upwards again, but this time into thirds only to get a compact smaller shape.

One of the biggest drawer hogs is the knitted sweaters, as they take up so much space. Interestingly, hanging sweaters can stretch out the shoulders, which may deform the garment and require more closet space. There is a way to avoid these two problems by folding the sweaters correctly.

It is best to fold the sweaters’ sides to avoid them getting deformed while saving space. It is also possible to stack the sweaters more easily by ensuring that you fold the sides of the sweaters with the same width. You can start folding the sweater by laying the garment on a flat surface to spread the sleeves.

Then, fold the arms or sleeves across the sweater, but you have to ensure that the sleeves are parallel to the hem. Proceed to do the other side. Lastly, fold the sweater in half lengthwise only once because multiple folds of the sweater will make it bulky, and difficult to stack and store.

Folding socks can help people ensure that they will not misplace the other part of the pair. It will also help maximize the drawer space for socks. This folding technique will make sure that it will turn out to be neat, which will make it easier for you to find and stack socks in your closet.

First, you need to lay each sock perpendicular to each other to form a cross. It is not the typical way of folding the socks by putting one over the other. After forming a cross, you have to bring one across and securely tuck it under the other sock, so it will be separated when you store them.

Then, fold the top of the same sock across and repeat with the other sock. The last step is to tuck the two ends sticking out into the middle to form a square. You can now stack the socks easily because they are in the form of compact squares.

It is undeniable that towels are large and bulky, so they will definitely take up a lot of closet space. Use this folding technique to at least reduce the size of the towel in thirds to lessen the surface space consumed and make it easier to stack.

You have to start by holding the towel lengthwise and bringing the hems together to make the towel folded in half its length. Then, repeat the step once more. Proceed to rotate the towel to be lengthwise upfront with the hem.

Ensure that part of the towel with any decorative elements is facing down. Then, begin each side edge into the center one at a time, like folding a piece of paper in thirds. Lastly, you need to flip the towel over and store it with the folded edges out.

There are several ways to fold men’s underwear to save storage space. One of which is the ranger roll technique for boxer briefs, which is also ideal for holding the underwear together in luggage.

The other folding technique is flattening the underwear by folding them lengthwise in thirds. Then, fold the underwear from top to bottom and flatten it to make a compact square.

It is easy to fold women’s underwear to save closet space. The goal is to make it into a compact square shape. Start by laying it flat with the front up. Then, fold in one-third of the way from both sides toward the middle.

People do not need a new closet or throw away some clothes because their closet cannot hold up anymore. They may apply some folding techniques above to save space in the closet. 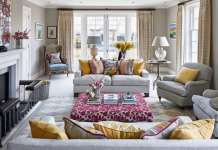 Understand Why Adults Shouldn’t Have These 15 Things at Home 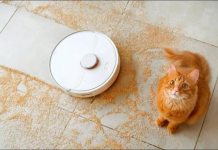 Robo to Clean the House – Is it Worth Buying or Is it a Myth? 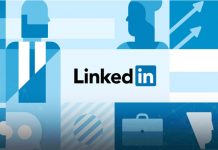 Learn How to Merge LinkedIn Pages 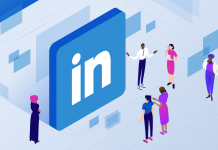 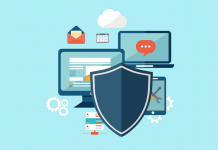 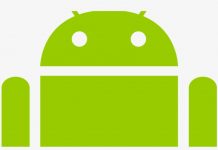 Discover These Great Tricks for Travel in US

How to Automate a Home: Discover the 13 Best Tips

These Are the Best Cheap Places to Travel in Europe

These Are the Most Expensive Hotels in the World

Bank of America Credit Card – How to Apply, Benefits, and More