Purebreds are in high demand among certain dog owners and people who participate in dog shows. Food can be another costly aspect of owning a dog that is important to think about. Check out some of the most expensive dog breeds based on how much they cost to buy, groom, and take care of.

The Tibetan Mastiff is a dog that comes from China and Nepal. It was made to protect people and their animals from wolves and leopards. A male Tibetan Mastiff can reach a weight of up to 160 pounds, making him one of the heaviest dog breeds.

In China, the Tibetan Mastiff is a sign of wealth and power because of how noble it looks and how scary it is known to be. The size of the Tibetan Mastiff could be scary and intimidating, but they are very loving family dogs, even if they are a bit standoffish and territorial around strangers.

The cute Samoyed comes from Siberia and is an old breed of dog. It got its name from the Samoyedic people, who used it to pull sleds and watch over reindeer. This fluffy white dog is expensive to both keep and buy. About $14,000 will buy you a purebred Samoyed puppy.

With the right training and socialization, they are usually great with kids and loyal to the whole family. But they might sometimes favor one person over another.

One of the most expensive dog breeds in the world is the Löwchen, which costs about $12,000. Löwchens are a small breed of dog that has been around since the Middle Ages in Europe.

It is called a “toy dog” by most registries and a “non-sporting dog” by the American Kennel Club. It is known as the rarest dog in the world. Only about 70 Löwchens lived in the world in the 1970s.

They are nowhere near as dangerous as their wild counterpart. Löwchens are happy and playful, but they are also very calm and love people of all ages. Their beautiful manes needs to be brushed at least once every other day, and it also requires a “lion clip” once a month.

The Chow Chow is the oldest dog breed in China and one of the most expensive dogs in the world. They are very rare, and each one sells for about $11,000.

This dog needs a lot of exercise, so get ready to go on a lot of walks and get a lot of bills for food, treats vet bills, and grooming. Chow Chow dogs are known for being alert and brave, which makes them great guard dogs.

Even though they can live for 12 to 15 years, these dogs may have higher medical costs than the other breeds mentioned. Due to their thick, luxurious coats, these dogs are also more expensive because they cost more to groom.

The Azawakh is a sighthound, which means it hunts based on what it sees. It has a thin body, a big chest, and a tiny waist, just like other sighthounds. This West African hound is hard to find so it can sell for up to $9,500.

Male Azawakhs are about 25 to 29 inches tall, while females are a couple of inches shorter. Males weigh between 44 and 55 pounds, and females weigh between 33 and 44 pounds. They are commonly found in the Sahelian zone, which includes Mali, Niger, and Burkina Faso.

Azawakhs are friendly, intelligent, and loving dogs that like to hang out with their owners. However, they won’t get along with families who leave their pets alone for long periods of the day.

The Rottweiler is a medium-sized dog that is common in Europe and was developed in Germany to work. The dogs were called Rottweiler Metzgerhund, which means “Rottweil butchers’ dogs,” because their main job was to herd animals and pull carts full of meat to market.

Rottweilers are possessive. The Rottweiler is dangerous without a strong owner as it grows and becomes increasingly aggressive, huge, and strong. This breed needs to be socialized and trained formally.

Rotties are smart, hard-working, and eager to learn. They are a strong breed of German dog that is confident, brave, and a little scary to people who don’t know them. Families with Rottweilers think the Rottie is fun, very loving, and often funny.

One of the world’s oldest and rarest canine breeds, the Canadian Eskimo is a true rarity. The Thule people of Siberia transported this breed of working dog to North America around a thousand years ago.

These dogs have lived with people for a long time, so they are very friendly and caring pets. Canadian Eskimo dogs are friendly and want to please their owners, but they can also be loud and rowdy sometimes. This breed is smart and loyal, which makes it an excellent guard dog.

The Argentinian Mastiff, also called the Dogo Argentino, is a big, white, mean dog made to hunt wild boar and mountain lions. Due to their fiery reputations, they are seen as one of the most dangerous dog breeds in the world, and some countries don’t allow them.

Because they are hard to find, they are expensive. A puppy can cost as much as $8,000. The Dogo Argentino is typically bred to hunt big game, especially wild boars.

Dogo Argentinos can also be trained to do police work, search and rescue, work for the military, or be service dogs. If they are trained well, they could be great family pets and watchdogs.

Even though it has an Egyptian name, the Pharaoh Hound is not from Egypt anymore. While they were first bred in Ancient Egypt, they have since moved to Malta, where the breed is more prolific today.

People now think of the Pharaoh Hound as a Maltese. Malta is very proud of its dog, with citizens calling it Kelb tal-Fenek, which means “rabbit dog” because it is good at hunting rabbits. This gorgeous dog will cost about $7,500.

Even though it’s the National Dog of Malta and looks much like the Egyptian jackal god Anubis, you probably didn’t know about this rare dog breed. But people who have Pharaoh Hounds as pets know they are good with kids, love cuddling, and are very gentle.

The Afghan Hound is a beautiful breed. It has thick, silky hair all over its body except for its face, and its tail curls into a ring. This medium-sized dog uses its wide-angle vision and lightning-fast speed to find and chase down its prey.

The dog’s thick, silky coat was made on purpose to protect it from the cold, harsh environment in the mountains of Afghanistan. Afghan Hounds are aloof but very loyal to their handlers like other sighthounds, and cost up to $7,000.

Even though they are independent, they might like to play all day. Afghan Hound puppies are good with children of all ages. Even though they are smart, they can be hard to train because they are stubborn. They don’t like harsh correction, so they want to avoid following the rules.

The beautiful Akita shows what it means to “talk softly but carry a big stick.” This big, strong dog has a good heart, but it can be explosive and violent when it needs to be. They’re typically shy around strangers.

Akitas are also usually very strong-willed, so this dog needs you to be a strong and consistent leader, or it will walk all over you. A pure-bred Akita puppy can cost as much as $6,500.

Akitas love snow so much that they’ll be the first ones out the door when it starts to fall. They love to roll around in it and play. They tend to be bossy and don’t get along well with other dogs or pets.

Another rare dog that sells for a lot of money is the French Bulldog. This fun-loving dog breed with short hair could be the dog of your dreams if you want a dog with cute short legs. You won’t have to go to the groomer very often, but those irresistible wrinkles should be cleaned and dried daily.

The Frenchie needs lots of love, playtime, and general interaction from its human family. That’s probably why they like kids so much—they can play with them right away! Unless they are excited, Frenchies don’t tend to bark loudly or act wild, but they are known for their sweet snorts and snores.

Each litter can only have up to three puppies. A purebred French Bulldog will set you back about $6,000.

Dogs are expensive pets because of the attention they require. The price tag increases when you factor in food, toys, beds, and vet fees. Nonetheless, the rarity, purity, or utility of certain dog breeds drives their price. 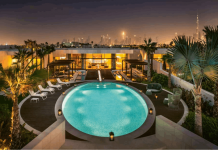 These Are the Most Expensive Hotels to Book in Dubai 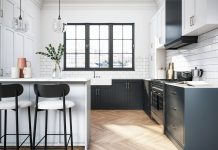 Discover 20 Beautiful Kitchens And Get Inspired 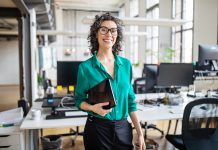 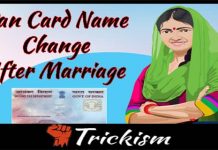 How to Change PAN Card Name After Marriage 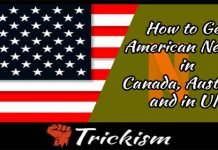 How to Get American Netflix in Canada, Australia and in UK 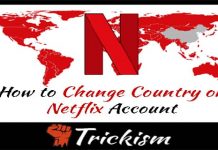 How to Change Country on Netflix Account {Step by Step}